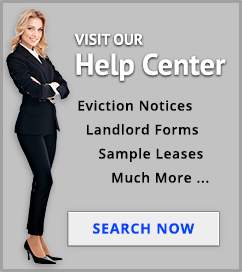 Cities and Counties throughout Florida issue ordinances and laws that often deal with rental properties, residential and commercial. There is also the Florida Building Code which details aspects of the construction and maintenance of real estate structures and properties. Cities and Counties have departments that monitor and regulate the properties to make sure they are in compliance.

A code violation occurs when the property if not in compliance, and a code enforcement officer conducts an inspection and determines there is a non-compliance.

EXAMPLES OF CODE VIOLATIONS: performing certain type of construction work on the property without first obtaining a permit to do the work; having construction work such as electrical or plumbing work that is not performed to code; a business operating in a certain industry which is not permitted at the property location according to local zoning laws;

CODE VIOLATION CAN BECOME LIENS ON THE PROPERTY

If a code violation is not cured, then the violation can become a lien on the property. Moreover, fines continue to grow which makes resolving the code violation much more expensive. And it is possible that the city or county will eventually take legal action on the violation lien, which can include foreclosure on the lien. That would put the ownership at risk,

It is important to act quickly to resolve code violations. If a tenant is taking some action which is in violation of a city or county code, then the landlord should take steps to stop the tenant. A notice can be served on the tenant that advised the tenant to stop or cure unpermitted conduct or an eviction will result. We represent clients with their code violation issues and seek to have the code violation extinguished or otherwise satisfied with minimal exposure.

When a code violation is issued, often the city or county will set a hearing before the city or county commissioners to address the violation. You can raise defenses or objections to the violation. A challenge can be brought that the code enforcement officer is incorrect, or there was a problem with the procedural way the process is proceeding. A code enforcement hearing is important and substantive to the claims. So the should be taken seriously and preparation should not be minimal.

We represent landlords at code violation and enforcement hearings to protect our client’s interests and rights.

What are the most common Americans with Disabilities Act (ADA) violations, why are they
so common and what should facility managers do to avoid being in violation?

Built Environment:
It ranges from curb ramps and ramps that are too steep, the lack of marked parking with a marked access aisle and signage (ground markings don’t count, since they can’t be seen at night or when snow-covered.)

Restrooms:
The most common violations are toilets not mounted the correct distance from wall or partition (a.k.a. water closet centerline), flush valve for the toilet is on the wrong side; if it isn’t on the wide side, you have to reach over the toilet to flush it.

Operations:
Most common violations that are operational in nature, meaning they were not designed and/or constructed that way, include:

-Housekeeping/maintenance staff placing a garbage can next to the restroom’s exit door. Clear space next to door (a.k.a. maneuvering clearances) is intended to give someone in a wheelchair the space to approach the door, reach the door handle and open the door.  You can’t do that if the garbage can is there!  Another is placing garbage cans/ash urns directly in front of the “call buttons” at an elevator, again impacting the ability of someone in a wheelchair or using a walker to reach the buttons.

– Mounting objects to the wall (a.k.a. circulation route) that project 4 inches or more from the wall.  If they are 27 inches to 80 inches from the floor, someone with a visual disability will miss the item on a “cane sweep” and walk right into the object and get hurt!

These are but a few.  The structural/design violations are either a result of not following, understanding or paying attention to the ADA Standards as a federal law and relying solely on building code and code officials.  Building codes can be negotiated; civil rights cannot. Good design documents can still be constructed incorrectly. Sometimes it’s that the workmen have been doing it that way for x years, they don’t pay attention, or they simply don’t stop to think of someone using it.

The operational violations, although not permanent/fixed items covered under the ADA Standards, create barriers nonetheless.  Try explaining to someone who is trapped in a restroom because the garbage can is placed in their way that it really isn’t covered under the Standards — that won’t work!

There are Florida and well as Federal Laws that prohibit landlords and property managers from engaging in housing discrimination. These Fair Housing Laws are intended to prohibit for example from using race, color, religion, gender, national origin, or age as a basis for determining whether housing is available, rental rates, or other terms that differ depending on those characteristics.

Discrimination can come in many forms.

Different Amenities – where amenities such as access to the pool, laundry room, or parking areas differ among tenants depending on their characteristics

Selling or Renting Differences – where those seeking to purchase or rent are offered different terms based on their characteristics, as opposed to credit scores

UNFAIR HOUSING DISCRIMINATION LAWSUITS – Landlord and property manager can be sued by a tenant or organizations that exist to assist tenants that may be the subject of housing discrimination. Often, these lawsuits are brought in Federal court and involve injunctions which can be costly to litigate and defend against. Landlords and property managers should take steps to protect themselves and make sure that their policies and practices, including those of employees, are fair and do not violate State or Federal Fair Housing Laws.

We represent landlords and property managers that are the subject of Unfair Housing Discrimination claims and assist with practices and policies to ensure compliance with State and Federal laws.

A title defect is a condition attached to the real estate that negatively effects the title and ownership to property. This is often referred to as a ‘cloud on the title’. This means the title to the real property is not clean or clear. There are many sources that could create a title defect. It could stem from an incorrectly prepared deed, or the county recorder’s office accidentally recording information on the property with some error. Sometimes there is a satisfied lien which was not properly indicated as satisfied in the property title records. Other times, there could be a legitimate lien existing against the title. Title defects could mean that the title is in jeopardy, and most often results in complications when the property is being brought up for sale.

CURING TITLE DEFECTS. There are different ways to seek to correct title defects. Sometimes it involves legal action to correct or clarify an issue, such as through a quiet title lawsuit which seeks to clarify and deem who is the correct title holder of real property. Other times, there could be just an issue with properly recording a lien satisfaction. A lien search company can be used to help locate any clouds on the title.

We represent owners and landlords of real estate to help clear title defects.